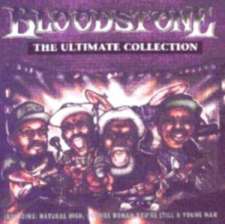 Yawn……(another greatest hits collection right ???) HELL NO…….this is a brand new album………new musicians, arrangements, EVERYTHING & its up to todays production standards……& this thing is the BOMB !!!

I know that a few of you Bloodstone fans reading this are saying……well if they redid the songs, then they probably screwed up “Natural High” ??
Nope……and as a person who ranks that song in his all time top 10….Ill let you in on a little secret……(it’s
better than the original) just promise not to tell anyone…..:)
shhhhhhhhhhhhhhhhhhhhh

Some of these songs (ex: “You’re Still A Young Man”, “Hypnotized”, “I Love You For All Seasons”) were BIG hits by other people & to my knowlege NEVER even done by Bloodstone before. 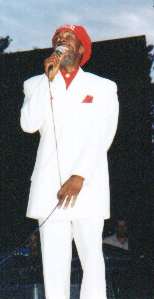 I didnt realize that Bloodstone had done a remake on this. .Its sounds as though its pretty good. .I always did get into the T o P version..” “beg Baby”…lol. .anyway I am also a big fan of bloodstone as well ..to me its definitely summertime cruisin music…let me get in the car and just ride !!!! lol

Its a short but intense song that sounds much like the original, but with modern instrumentation and recording technology and of course done from a male perspective.

When I think of Bloodstone I think about “Natural High.” That song has stuck with me down through the years. I don’t think Natural High will ever lose it’s place in music. That song makes me think back to when I was a teenager, and we went to parties, where they had the lights dim, candles flickering and we were slow dragging (dancing) with our partners. Your guy holding you in his arms singing ” Why do I keep my mind on you all the time, and I don’t even know you. When I see you on the street, my heart skips a beat……”
That was the get all “grind” of the year. But when I think of it, Natural High lets me know that I don’t drugs or alcohol to get high on. I know that I can get high on life, on love, on me, just give me that Natural High. The group was saying, All I need is you, and you, and you……. I’ll take to the sky on a Natural High, loving you more till the day I die.
This group is bad, or as my children will say “Da Bomb.” It has a great beat and the Harmony is fantastic. If you ask me who my favorite group is, I have to say Bloodstone.

This album by Bloodstone is truly great….my advice to all lovers of “slow jams” is to pick this one up. As I said…it’s been “road tested” several times now…:)