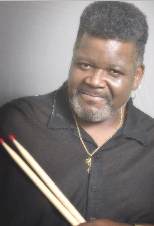 (10/24/2006) A one hour chat session (starting at 10pm) in the Soul-Patrol chat room hosted by the legendary drummer/guitarist/vocalist BUDDY MILES. During the session Buddy will take your questions about his career, past, present and future as one of the pioneers in fusing together funk/soul/rock/blues music and doing so during a period of American history when it wasn’t really “safe” to do so. Buddy will also bring us up to date on his current and future activities. Hopefully you will be able to attend and interact directly with Buddy Miles during the session here on Soul-Patrol. 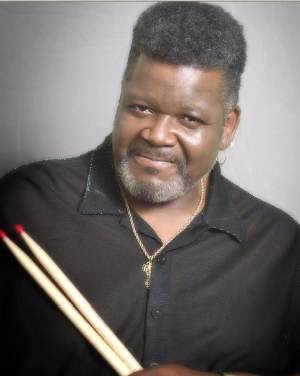 Buddy started in music at age 12 performing with his fathers band ” The Bebops” and played for the jazz-influenced combo for several years before moving on to play for The Delfonics, The Ink Spots and Wilson Pickett.

Buddy is a Co-founding father of fusion rock with the band Electric Flag. He also Co-founded the legendary Band of Gypsys, with Jimi Hendrix and Billy Cox.

Currently Buddy Miles is in Session completing 3 album projects and helping to raise money for several organizations and sponsors that support Hurricane / Disaster Relief efforts and The Children’s Craniofacial Association. 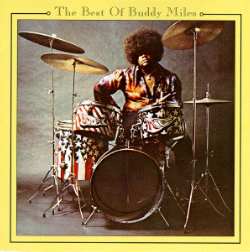 I found myself strollin’ through Tower Records the other day when my eye caught a copy of the CD The Best of Buddy Miles. I hadn’t really heard much of his stuff without Jimi so out of curiosity I picked it up.

This is a great riding around in your car “Time Traveling” CD. It takes you back to that late 60’s early 70’s sound. Big afros, funky horn sections, the blending of musical styles, and fat-back drumming. Buddy Miles is the star of this show and when you hear him sing and play drums there’s absolutely no confusion as to who this is. His drumming is extremely solid, VERY powerful, and the groove is thick as a brick.

As a singer he makes me envious. Not even Sly Stone was able to combine Gospel, R&B, Soul, and Rock vocal stylings the way he did. When he screams you feel like you’re in Church.

Though the earlier material has an Electric Flag feel to it (But a hell of a lot funkier!), you begin to hear his evolution and him coming into his own starting with the songs produced by Jimi: “Miss Lady” and “69 Freedom Special”. Billy Cox makes an appearance on Fuzz Bass on the song “Them Changes” with a full blown horn section playing the main riff. Hope you like horns because there’s horns everywhere on this recording. But in a good way.

It’s a very well put together greatest hits package with good liner notes giving you a basic chronology of his musical life. The zenith of his career being the voice of the California Raisins and the collaboration with Billy Cox, Paul Rogers, and Slash on the project Stone Free: A Tribute to Jimi Hendrix. They of course skip the jail stuff.

John McDermott writes the extensive liner notes and discusses Buddy’s pre Electric Flag days including his stint with The Delphonics, The Ink Spots, Wilson Picket, and session work with Greg and Duane Allman. If you dig that funkified cross pollination of Gospel, Blues, Rock, Soul, and R&B, of which Buddy Miles was one of the architects of, then you’ll love this. I’ll be wearing this CD out for a long while. Check it out!

Yes indeed folks there once was a time…

And I was fortunate enough to be a part of it. And now with the reissue by our friends at HIP-O Select we can relive it all over again. (Without any of the “bad acid”……lol)

The first thing that I noticed when I opened up this CD was the unique packaging.
The packaging is “unique”, in that it is totally familiar. The “packaging” is EXACTLY THE SAME AS THE ORIGINAL LP. (as is the case with all of the CD’s from HIP-O Select)

The CD package is made from cardboard that is the exact same texture & feel as an LP, “gatefold” style (remember using them to “clean stems”…..lol), containing the ORIGINAL cover art, liner notes, track listings, credits, etc and the CD itself comes in an “album sleeve” which slides out (just like on an LP). So in fact it totally “retro/low tech”.

Now in this case (as I’m sure in others from HIP-O Select) this is of particular importance, because as some of you will recall, on the ORIGINAL “Expressway To Your Skull” LP the liner notes were written by none other than JIMI HENDRIX and here those liner notes are preserved in their original form.

As far as the music itself, this is what I would call a “fusion album”. It’s a “fusion” of Gospel, Jazz, Blues, Rock, Soul & Funk

I think that Buddy at cut it around the same time as Hendrix did “South Saturn Delta”, so it’s got something in common with that, however this does not sound like “a Band of Gypsy’s album”. Instead it sounded like Buddy Miles was trying to do something a little different. To my ears it sounds mostly like an attempt to bring some GUT BUCKET SOUL MUSIC to the “rock audience”. And in my opinion “Expressway To Your Skull” succeeds in doing so musically.

Taken on strictly musical terms “Expressway To Your Skull” is a winner.

Those entities may never recognize the GREATNESS of Buddy Miles. He was able to hit the nail right on the “sweet spot” where Gospel, Jazz, Blues, Rock, Soul & Funk all meet and for his achievement in doing so Buddy Miles will continue to be penalized and under recognized.

In some sense Buddy was perhaps a bit ahead of his time.

(and if that had happened, than there is no doubt in my mind that today Buddy Miles would be in the Rock n’ Roll Hall of Fame)

However at this point, isn’t that really a “moot point”?

In my opinion the REAL POINT is that we as fans now have the opportunity to revisit this groundbreaking album, if we missed it the first time around because we didn’t fit into the original “marketing program” of the record company or if we were too young at that time.

I think that this is a good album for younger people to listen to.
It will help them to understand exactly what the phrase…
“Long haired hippies and Afro Blacks all get together across the tracks and have a BIG PARTY…”
(Was all about in the late 60’s & early 70’s)

But if the want it, they betta hurry up and get it NOW, cuz I’m told that there only 5,000 of these CD’s that are going to be available!

“They took an EXPRESS, straight to an ELECTRIC CHURCH…”
–“Rev” Jimi Hendrix 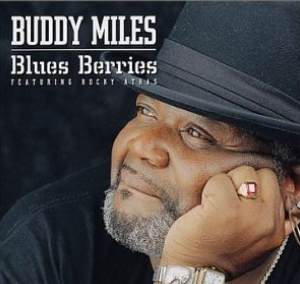 These two PIONEERS Lester Chambers and Buddy Miles (R&B Foundation, please take note of my use of the term PIONEERS when I mention the names of these two men, nuff said, ok?) both made strong comebacks this year with two excellent CD’s, both of which were primarily targeted towards the Blues audience.

The accomplishments of these two men in the history of American popular music are unquestioned. Their LACK OF RECOGNITION for those accomplishments should be a point of SHAME for the music industry.

These days the “Blues audience” is primarily a white audience, what an incredible point of irony for these two PIONEERS who continue to find themselves in that “no man’s land” of Black Hippies. Neither fully accepted by the white music establishment or the black music establishment. However BOTH of these men changed the course of music history during the 1960’s and beyond.
And it seems to me that the music establishment at large, has never forgiven them for those accomplishments, simply because they were the “WRONG COLOR”.

Such is the lament of the Black Hippie.

Be honest for a moment…

With his trademark “girth” and black derby, has there ever been a “funkier mo fo” than Buddy Miles?
Played with Hendrix and Santana. Neil Young, Paul Butterfield, Wilson Picket and Funkadelic. Produced a series of awesome solo albums in the late 60’s & early 70’s.

Yet, Buddy gets NO RESPECT
He’s hated by many white Hendrix fans, simply because he was a part of the legendary “Band of Gypsy’s”. They can’t ever seem to get past the fact that Jimi Hendrix admired Buddy Miles as a friend and as an artist.

On the other hand Black music fans, while claiming to like Buddy Miles, never seem to actually own any of his material. Blame the INSANE & FASCIST programming policies of “knee-gro radio” once again for that.

The story of Lester Chambers has been well documented here on Soul-Patrol over the years.

There is hardly a movie or TV show that deals with “coming of age” in the 1960’s where you WON’T hear the GENRE BUSTING (Gospel, Rock, R&B) song “Time Has Come Today”. It’s literally the anthem of the 1960’s, carrying with it a powerful and
forward looking message about the concept of ‘CHANGE’.

One way of looking at the music of the 1960’s is to look at that music in terms of it’s overall message about the concept of “CHANGE”.

These days, despite being one of the GIANTS of that revolution we fondly recall today as “the 60’s”, Lester Chambers can barely get a gig!

Maybe now, Lester Chambers will begin to get some of the respect that he deserves with his 2002 release:

The music of Buddy Miles and Lester Chambers defies silly notions like “genre classification”. It’s funk, blues, rock, soul, gospel and more…
Why not just call the music of these two “Black Hippies”…
“UNIVERSAL FUSION MUSIC”
It’s music that “fuses” together many musical styles. It’s music that’s intended to “fuse” together many different types of people.

Any maybe, just maybe that is the problem for both Buddy Miles and Lester Chambers.

THE MUSIC INDUSTRY DOESN’T WANT EITHER MUSICAL STYLES OR PEOPLE TO BE FUSED TOGETHER.
(cuz it means they make less $$$$$$$)

* “TIME HAS COME TODAY”
* “WE GOTTA LIVE TOGETHER”

And these two men, who gave us those messages back in the 1960’s are STILL TELLING US THE SAME THING.

How many of us are truly listening?

Today’s hip hop generation tells us to “keep it real”. Lester Chambers and Buddy Miles have been “keeping it real” for over 35 years. Isn’t it about time that we gave them some damned respct for having the courage to do so?

Maybe entities like the “Rock n’ Roll Hall of Fame” and the “R&B Foundation”, with never give props to Lester Chambers and Buddy Miles, “because it isn’t clear what genres their music falls into”.

Both of these two CD’s…

are EXCELLENT additions to your blues catalog and I STRONGLY RECOMMEND that you purchase them and purchase them directly from the artists websites.

And maybe, just maybe the fact that these two PIONEERS are now being presented to the world as “blues artists”, sums up just how far the rest of us have to go, in order to catch up to their philosophies?

The world we live in today is badly in need, not only to hear these messages, but to absorb them and most importantly to act upon them. The future of all humanity may well depend on our collective ability to do so!

Buy these CD’s and listen to them carefully. They are innovative, funky and best of all THEY WILL MAKE YOU THINK!
(and with thinking, then action becomes a possibility)