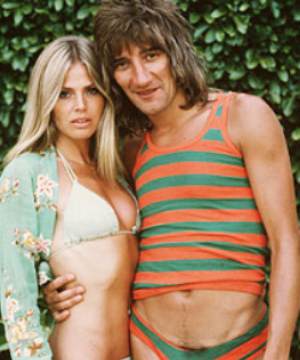 It is often said that one should never pick a fight with someone who “order’s ink by the barrel.” That is of course a reference to picking a fight with the press, because you simply can’t win. They will overwhelm you with written documentation.

Individuals who control the written (including text, graphics, video, audio) documentation about their own historical legacy are in a position to frame that legacy in whatever manner they would like to. These individuals know that their written documentation will outlast the “opinions” of people who have firsthand knowledge of the truth. Thus they are in a position to create their own version of history with the full knowledge that 100 years after the fact, it will be their version of history that will be regarded as the factual truth as opposed to the “opinions” of other people, who are now dead.

THOSE WHO TAKE THE TIME TO DOCUMENT IT

I say all of this to let you know that is exactly what is occurring in the case of Rod Stewart and that it was predicted by Soul-Patrol many years ago, when we analyzed the 1 hour broadcast on VH-1 of “Rod Stewart: Behind the Music.”

In that episode of VH-1’s Behind the Music it was made quite clear that one of the highlights of Rod Stewart’s career (from Rod Stewart’s perspective) was the “kinship” between himself and singers such as Sam Cooke, David Ruffin, and others. He talked at length about his desire to not only emulate their singing styles, but to be remembered as primarily a “soul singer” himself. Of course many pictures were shown of Rod Stewart with these artists, both onstage and in social situations. The implication of this was to imply that Rod Stewart was somehow a “peer” of artists like Sam Cooke, David Ruffin, and others.

To many people at that time, this was regarded as nothing serious, simply an obscure television program about an average artist, who made more headlines in his career because of wild partying, failed marriages and illegitimate children, than for any musical accomplishments.

However, we took that documentary to task, suggesting that Rod Stewart was trying to utilize that one hour piece of filmed documentation, that would not only be seen by millions of people on TV, but also archived in museums, libraries, schools, etc as the single piece of authoritative documentation about the career of Rod Stewart. Over time as there are fewer people alive with first hand knowledge of Rod Stewart’s actual performances, this documentation moves closer to being “fact”.

VALIDATION BY THE NEGRO 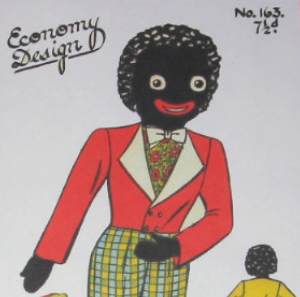 Rod Stewart’s latest album is entitled “Soulbook,” an album of classic soul cover songs, including several duets with artists like Mary J. Blige, Jennifer Hudson, and Stevie Wonder. Most folks won’t give it more than a passing thought.

The issue of “validation” has been an ongoing part of the long saga of “culture banditry.” It means getting the “victim” to become an active co-conspirator in their own victimization.

This willingness on the part of the victim to be an active co-conspirator in their own victimization, in exchange for short term economic gain, is literally the very definition of “culture banditry.”

In fact the very notion of “selling your own down the river,” has been a part of the legacy of Black Americans right from the start, when they were often sold into slavey in the first place by their own brethren.

However in the case of Rod Stewart, it goes well beyond simple/traditional “culture banditry” for the sake of economic gain. This isn’t just about selling an album or a series of shows. This is more about trying to swindle Black folks quite literally of their own history and a legacy that should be inherited by their children, not inherited by the children of Rod Stewart.

That is what the name of this game is, and right now, Rod Stewart holds all of the cards in his hand. That is because he has the ability to document all of this in such a manner, that at the end of the day, the “truth” that he documents, will be the only “truth” that matters.

What will be documented as a result of this album will be that “the negro will have validated the greatness of Rod Stewart of creating Black culture that is greater than that created by any Black person in history.”

And of course this greatness of Rod Stewart will all be validated by the
negro:

–No doubt there will be press events featuring Rod Stewart standing next to various R&B performers.

–No doubt there will be TV appearances featuring Rod Stewart singing duets with some of these performances.

–No doubt there will be concerts at venues like the Apollo Theatre & perhaps Black churches around the United States.

–No doubt there will be quotes by negro spokespersons/organizations about Rod Stewart “saving soul music.”

–No doubt there will be a Grammy award nomination and presentation by a negro artist of distinction, thanking Rod Stewart for “saving soul music.”

All of this will be carefully documented and packaged along with the previous documentation.

This validation by the negro, combined with the pre-existing documentation on Rod Stewart’s “soul singing” will be archived and kept in a safe place for east future retrieval/distribution, thus insuring that the children of Rod Stewart will inherit that legacy.

Then 50 years from now that documentation will be retrieved and distributed around the world, to people who have no first hand knowledge of Rod Stewart’s actual performances.

And the truth that Rod Stewart has documented will be the ONLY truth that matters.

Chairmen of the Board – New Release Jack & Jill