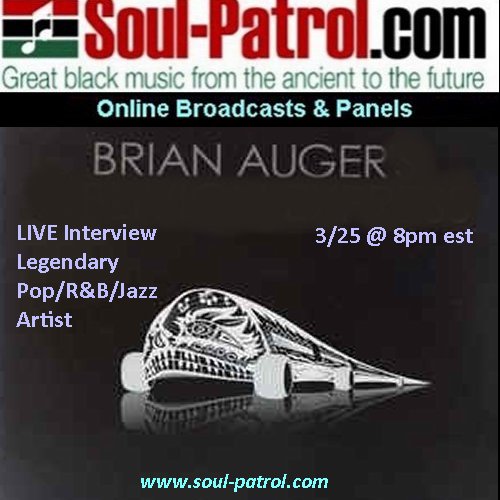 BRIAN AUGER
The legendary Brian Auger’s Oblivion Express has returned. The famed B3 and keyboard player, has created a distinct voice that combines jazz, rock, soul and funk, that is clearly recognizable to his millions of fans. With over 20 albums to his name and lengthy stints on the RCA and Warner Bros. labels, Brian Auger has accumulated Grammy Nominations, 10 albums charting in Billboards Hot 100, a #1 single, and the title of “The Godfather of Acid Jazz”. Brian’s bands over the years have featured Rod Stewart, Long John Baldry, Julie Driscoll and even Jimi Hendrix. In addition, Brian has recorded with great luminaries as The Yardbirds, Eric Clapton, Van Morrison, Eric Burdon and Down To The Bone. The latest incarnation of the Oblivion Express is a family affair featuring Karma Auger on drums and Ali Auger on vocals, who live up to the Auger name and make the Oblivion Express smoke. Rave reviews and demands for return engagements follow this artist wherever he goes.

To register for this event please visit the following URL: http://soul-patrol.com/webinars/soul-patrol-spotlight-conversations-with-brian-auger/ →