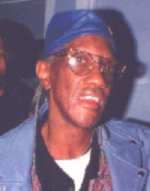 EVENT Host: ######### {s ntrain1} #########
groovedude: is bernie worrell in the house
EVENT Host: GOOD EVENING. DO NOT ATTEMPT TO ADJUST YOUR RADIO, THERE IS NOTHING WRONG.
Swamp Rabbit: oh…really..
EVENT Host: WE HAVE TAKEN CONTROL AS TO BRING YOU THIS SPECIAL SHOW. WE WILL RETURN IT TO YOU AS SOON AS YOU ARE GROOVING.
Swamp Rabbit: oh…really..
EVENT Host: WELCOME TO STATION WEFUNK, BETTER KNOWN AS WE-FUNK, OR DEEPER STILL, THE MOTHERSHIP CONNECTION.
bANANA1320: were from ?
EVENT Host: HOME OF THE EXTRATERRESTRIAL BROTHERS, DEALERS OF FUNKY MUSIC. P.FUNK, UNCUT FUNK, THE BOMB.
Funkoverlord: that event host must be ruunin tha train!!!
EVENT Host: COMING TO YOU DIRECTLY FROM THE MOTHERSHIP TOP OF THE CHOCOLATE MILKY WAY, 500,000 KILOWATTS OF P.FUNK-POWER.
DARKSTAR NY: Bernie Worrell must be in the house

EVENT Host: TO EACH HIS REACH AND IF I DON’T COP, IT AIN’T MINE TO HAVE BUT I’LL BE REACHIN’ FOR YA ‘CAUSE I LOVE YA, CC. RIGHT ON.
slammin 9: GET UP FOT HE DOWN STROKE!!!

BernieWOO: Ok, this is Bernie — sorry for the delay
EVENT Host: {s flash1}
BernieWOO: Thank you for inviting me
EVENT Host: THERE’S A LOT OF CHOCOLATE CITIES, AROUND WE’VE GOT NEWARK, WE’VE GOT GARY SOMEBODY TOLD ME WE GOT L.A
BernieWOO: Happy Kwanzaa to you SmuthJazz

EVENT Host:Hena2000:Bernie, i’m a grande admirer of your work and i know u have worked with many artists in the past..i was wondering if there was anyone that u would like 2 work with that u haven’t.
BernieWOO: I’d like to work with Ray Charles (for one), Aretha Franklin, Carlos Santana…….

EVENT Host:Serpens: Bernie, are you or anyone else from the groups going to write a biography?
BernieWOO: One day, yes, I will. The only other person I know of, for now, is Billy Bass.

EVENT Host:groovedude:Bernie…do you remember laying down some tracks earlier this year with a little white dude named scott at the city college near amsterdam ave?
BernieWOO: Yes, I do, very much — the “whirlwind”!!

EVENT Host:TT4U: What is your current relationship with George Clinton?
BernieWOO: There is none, thank you!

EVENT Host:Funky Moon:I’ve heard rumors that the band was ripped off during the 70’s, would you like to comment on that?
BernieWOO: The band has been ripped off through the ’70’s, 80’s and 90’s…same as it ever was!

EVENT Host:DJFD1: What do u think of all the rappers sampling P-Funk cuts?
BernieWOO: I think it’s a great tribute to those who created the original idea; however, if the original artist got paid, I would feel a lot better about it.

EVENT Host:Funkoverlord:Bernie, how do you feel about the exploitation of Black music??
BernieWOO: I feel people should go to seminars, get in touch with the Black Rock Coalition to learn as much knowledge as they can to help thwart exploitation.

EVENT Host:slammin 9:BERNIE.I’M A FRIEND OF LAMAR MITCHELL’S..MY NAME IS RONEY (DRUMMER)I’M LOOKING TO GET IN TOUCH WITH BOOGIE…IS HE STILL LOCAL?
BernieWOO: I don’t know where Boogie’s home base is…I hear Europe. He’s moving around.

EVENT Host:Hena2000:Bernie, P-Funk was always a dynamic, slammin live band..who do u feel comes closest 2 capturing that “funk spirit” in 2day’s music?
BernieWOO: I haven’t seen too many of the new generation bands. Bootsy’s New Rubber Band Featuring BW, for one!

EVENT Host:Swamp Rabbit:Mr. Worrell…I would like to acknowledge the very powerful and positive impact your music had on thousands of young Black males…especially in the 70’s
BernieWOO: Thank you very much.

EVENT Host:A MYSTIC 1: first of all. thank you for taking the time to be here with us.second.. i would like to know how you and George Clinton met..and what was the major factor in your decision to join forces with him ?
BernieWOO: Thank you for the invitation. We met in the barbershop while getting my hair processed in the 60’s. The major factor was the freedom to be able to play what I wanted to.

EVENT Host:AXIOM:l: Ayeb Djeng say HI & has MOOG 1130 percussion controller; know where to get sound module for it?
BernieWOO: No, I don’t have any information on the MOOG 1130..don’t know what it is. Maybe check with Rogue Music or ask Djabel.

EVENT Host:Serpens: Are you going to do a solo albums anytime in the future?
BernieWOO: I just finished my fifth solo CD, called “Free Agent”. It will be released on Polystar in Japan, and Rykodisc everywhere else. In addition, I also just finished my first sample CD

Funkoverlord: Increase your knwledege and speak your piece on the Urban Sounds BB. It’s all in there, Rap, Funk, Soul, and more. Jump:Urban Sounds BB

EVENT Host:Funky Moon:You and Herbie Hancock are my favorite Keyboardists. Do you feel electronic music has been a bad rap?
BernieWOO: No, I don’t feel it’s gotten a bad rap. I feel it’s part of evolution which has to be.

EVENT Host:A MYSTIC 1 MR. Worrell..are you in contact with any of the former musicians/ vocalists that you played with during the p-funk era ? are there any plans for a “reunion’ type concert, tours etc? Thx
BernieWOO: Off and on, yes….Dawn Silva, Lynn Mabry, Ray Davis, Grady Thomas…Fuzzy just sent a card. As for a “reunion” type concert, there aren’t any plans that I know of.

Forevr Urs: Answers for the TRIVIA contest are provided by people who hang out in this room. They can be found on the bulletin board – JUMP: URBAN SOUNDS BB

EVENT Host:DJFD1: but Bernie, don’t they need P-Funk’s permission to do that? Sampling I mean?
BernieWOO: No, they need the permission of the publisher, as I understand it.

EVENT Host:Swamp Rabbit My first live P-FUNK experience was in 74/75 where I saw the group perform at the Sugar Shack off of Boston Common. Do you remember playing there?
BernieWOO: Yes, I played there many, many times…it was like a home base type-thing.

EVENT Host:Funkoverlord: Bernie, I really admire the work that the folks at Axiom do. How did your relationship begin with Bill Laswell?
BernieWOO: Can’t remember who introduced us but the relationship kept growing after I worked with him on a recording date.

EVENT Host:Funkoverlord:Can you explain the relationship between James Brown band members and the P-Funk crew?
BernieWOO: A high admiration society on both ends!!
Funky Moon: FUNK CHATS are held regularly in this room on Monday and Thursday at 11 PM EST.

EVENT Host:Serpens: Besides the band you have right now, are you currently writing for or trying to bring any other groups out too?
BernieWOO: At the moment, I’m just writing for the WOO Warriors and intend on doing production on other projects in the near future.

EVENT Host:Swamp Rabbit:Mr. Worrell…did you know that in 75 at MIT… in Cambridge, Massachusetts…we named our dorm Chocolate City!…And still carries the name to this day…
BernieWOO: No — I didn’t know that but I hope everything was sweet!

Funkoverlord: The best triva game in cyberspace is in the Urban Sounds Funk room on Monday nights at 11pm est. Jump :Chat, go to Music-Urban Sounds, then find the Funk chat room!!

EVENT Host:Funkoverlord: Are you interested in doing TV or Film scores?
BernieWOO: Yes, I am. I’ve done one film score already (Car 54, Where Are You) and Bootsy and I did one song for the Friday Soundtrack and I’d like to collaborate with as many different artists as I can soon

EVENT Host:Serpens: Out of all the concerts you played in…which I know was many. Was there one in particular that stood out the most? And why?
BernieWOO: When we sold out the LA Coliseum for the first time (late ’70’s). Seeing a sea of cars advancing on the Coliseum as we were on our way back from sound check was mindblowing.