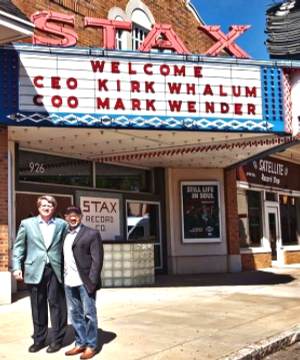 We are pleased to announce to you that internationally renowned jazz and gospel musician and native Memphian KIRK WHALUM has joined the Stax Museum, Stax Music Academy, and The Soulsville Charter School as our new President & CEO! Please join us in welcoming this incredible new addition to the Soulsville Family! Kirk brings a wealth of music industry and show business expertise to the Foundation and will help us tell the world about all of the great work that we do. We are also pleased to announce that Mark Wender (pictured with Kirk) has joined the Soulsville Foundation as Chief Operating Officer. Mark has a long and prestigious career in various aspects of business, video production, and working with nonprofit organizations. Please join us in welcoming him as well. 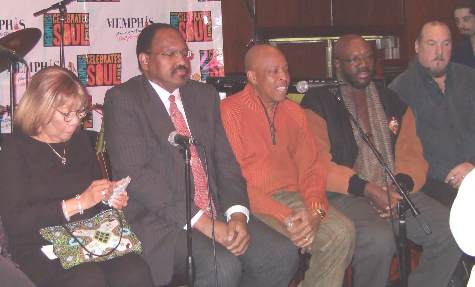 Isn’t that a great picture? It was taken at a press confrence that I attended in NYC where the plans for the plans the STAX 50th Anniversary Celebration in 2007 I just wanted to share with you all the following press release from earlier this year regarding the reactivation of the legendary STAX label.

BEVERLY HILLS, Calif. – The 50th anniversary of the legendary soul label Stax Records will kick off with the release of a deluxe edition 50-song, 2-CD box set titled Stax 50: A 50th Anniversary Celebration. The most comprehensive Stax hits collection ever – featuring for the first time all major Stax hit singles – Stax 50 will formally inaugurate Concord Music’s re-launch of Stax. The set is packaged in a hardcover box with lenticular cover art of the famous snapping finger logo. Street date is set for March 13, 2007.

Last month, Concord Music Group announced a year of activity that will include deluxe reissues, special events and the reactivation of the legendary label with a slate of new artist signings.

Stax Records holds a critical place in American music history as one of the most popular soul music record labels of all time – second only to Motown in sales and influence, but first in gritty, raw, Southern-steeped soul music. Stax placed more than 167 hit songs in Billboard’s Hot 100 pop charts as well as a staggering 243 hits on the R&B charts. In addition to the “core” artists who appear on Stax 50, the label was also home to recordings by Albert King, Big Star, Richard Pryor, Bill Cosby, Moms Mabley and even the Rev. Jesse Jackson.

As noted in Stax historian Rob Bowman’s extensive liner notes for the box, “The story of Stax Records is about as improbable and unforeseeable as any tale could possibly be.” The label was launched in Memphis by a white country fiddler named Jim Stewart and his sister, Estelle Axton. The name came from combining the first two letters of each of their last names. Originally known as Satellite Records, with a roster that spanned pop to blues to rockabilly, the label’s 1960 name change to Stax cemented the label’s commitment to R&B and soul, commencing with Rufus & Carla Thomas’ “‘Cause I Love You.” Within a short time, Stax, based in a former movie theater on Memphis’ McLemore Avenue, grew into a self-contained indie powerhouse with its own studio, A&R staff, writers, producers and house band.

Concord Music Group, which acquired the legendary Memphis label as part of its purchase of Fantasy Records in 2004, will also honor Stax’s 50th year by releasing definitive collections, rare performances, unreleased tracks and more from the Memphis R&B imprint in deluxe new packages. Plans for digital releases, remixes and other projects are also in the works; the anniversary year’s releases are slated to include more than 20 CDs and DVDs.

In addition, Concord Music Group will reactivate Stax this year as a dynamic new force in contemporary R&B music committed to the power and legacy of their forbearers. The first new Stax signings are Isaac Hayes and Angie Stone.

I think that this is some pretty exciting news. In fact I’d go so far as to say that this is probably the biggest story of the year thus far in the arena of Soul Music. This means two things: 1. We will be getting brand new/updated STAX compilations (which we are featuring in this issue of the Soul-Patrol Newsletter) 2. We will be getting NEW music from STAX as well featuring both classic artists and newer artists. All of this is happening as the STAX Museum celebrates the 50th year of the label itself. All of this in my mind is pretty important because it helps to better place the past into the proper perspective and it also sets the stage for the future. 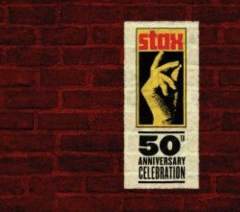 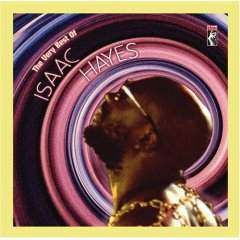 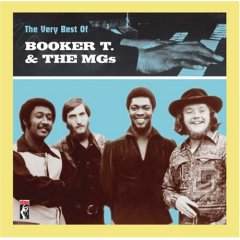 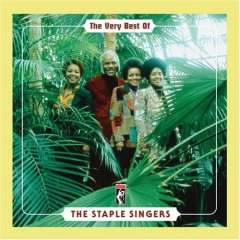 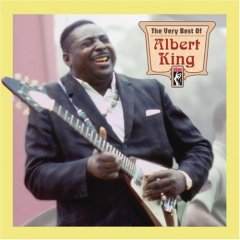 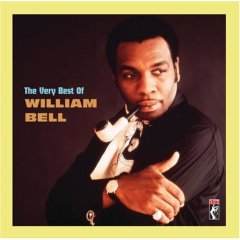