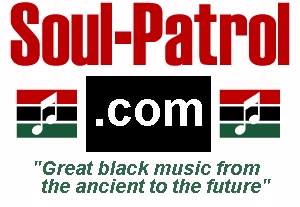 Never has it been laid out more clearly for me….

This Sunday I was out on Long Island and I attended a free concert at Heckcher Park in Huntington. It was a hot night, which got even hotter because the Revelations (featuring Tre Williams) absolutely ignited the evening with a smokin mix of Soul, Blues & Rock. If you closed your eyes and listened as the music cut thru the thick humidity you might have easily imagined yourself at a concert of the STAX review in 1968 featuring Otis Redding, Sam & Dave & Johnny Taylor backed up by Booker T & the MG’s/Bar-Kay’s as the sweet/powerful sounds of H-A-R-D-C-O-R-E S-O-U-L M-U-S-I-C makes you forget about a depressed economy, 100,000 barrels of oil/day sh*tting on our way of life, millions unemployed while a catatonic Amerikkka and greedy corporate interests stand by watching. Then you open your eyes and see that besides my own family and a few others the crowd was 100 percent white and they were rockin to the music. After the show I learned who the “few others” were. Seems that Tre Williams has also brought his crew of sons, daughters, brothers, cousins, etc. with him. Together with my family that was the extent of the Black folks in attendance. It was great meeting Tre’s family and it was wonderful to see them out supporting him. It reminded me once again of all of the reasons why “family unity,” has always been the key component to the survival of Black people/culture. For more on the Revelations featuring Tre Williams on Soul-Patrol.com go here: http://www.soul-patrol.com/funk/revelations.htm this is one of the key artists to keep your eye on as GREAT BLACK MUSIC Expands into the future. We have featured Tre Williams and other new artists like him here on Soul-Patrol.com in the past and plan on continuing to do so in the future for a good reason

After the concert we went over to my mom’s house & flipped on the TV to the BET Awards show, which is advertised as being an awards show showcasing the best in Black culture. Instead I thought for sure that I had stumbled upon a large televised meeting of an ESL (english as a second language) group, that had actually failed the course. Viewing this program almost required a scroll of subtitles in order to understand what was being said. I suppose that it was a nice thing that the producers of the show allowed tributes to both Michael Jackson & Prince during the show. However whatever the cultural good and/or motivation that those tributes might have had in reversing the slippery slope towards oblivion that Black culture seems to be descending into, was quickly lost & forgotten. Watching this program makes one quickly understand exactly why a depressed economy, 100,000 barrels of oil/day sh*tting on our way of life, millions unemployed while a catatonic Amerikkka and greedy corporate interests stand by watching, has become “the new normal.”

The optical difference between these two events and the fact that they exist in what seems like a parallel universe, literally “bizzaro worlds,” was not lost on me. It seems to me that we are at a true crossroads and some conscious descions are required by people on an individual level to figure out what the proper path is. (or maybe it’s too late?)

We have some VERY serious problems here to address folks, and much like Pogo, the solutions to those problems can be found right in the mirror…

IMHO BET is an inherently evil institution that capitalizes on the ongoing “slave mentality” of Black Americans for corporate profiteering. The long term effect of this strategy as demonstrated over the past 20 years has been the continuing marginalization of Black Americans. The longer it continues, the more we will continue to be marginalized within the Amerikkan landscape. Those black Americans who allow themselves and their children to be marginalized in this manner by koporate amerikkka will find their opportunities to be extremely limited in this country.

People have a choice to make and those who make the wrong choice are going to insure not only that they will suffer, but also that their descendents will suffer as well.

However, the problem of BET and it’s KOON PROGRAMMING STRATEGIES is but a symptom of a much larger issue. IMHO the biggest problem facing Amerikkka right now is how big corporations (ex; BP, Goldman Sachs, Major Record Labels, Clear Channel, etc) are destroying everything good about this country. VIACOM (the owner of BET) falls into that same category as far as I am concerned.

We need to get rid of the notion of “too big to fail.”

The American people have to begin to understand that this is what is ruining the country. And it doesn’t matter if we are talking about “Big Oil,” the Financial Services arena; Clear Channel, Viacom, etc. These companies need to be broken up so that they can begin to not only serve the interests of their shareholders, but also to serve the interests of the public. For example, just imagine if there was no BET, but instead we had a Black TV station in each of the 10 largest cities in the USA and each one of those Black TV stations were available on cable TV? This would create something called COMPITITION, as opposed to what are essentially government sanctioned MONOPOLIES we have today. Something as basic & American as apple pie and it would create an exciting oppurtunity for artists & fans alike.

Once that happens then the public can make better buying descions, because there will be a competitive environment with a level playing field, as opposed to the monopolistic environment which we are under today.

However the biggest obstacle to this remains the corrupt nature of the relationship between government and these large corporations. After all it is these same corporations that also provide most of the campaign contributions

I fully realize that many of you didn’t subscribe to this newsletter to read this. You possibly thought that I was going to talk about the “who, what, where, why, how and when” of the BET KOON AWARDS, however those of you who know me well (know that I couldn’t possibly have ever done that, without discussing the larger context of the problem, of which it is only a symptom of..)
And more to the point, this also explains why new music from artists such as Revelations featuring Tre Williams, Jaye Q, Donnie C, Teeny Tucker, SonnyBoy, Nadir, Chidi, Ryan Shaw, Pat Cooley, Wendell B, Christian Scott, Homemade Jamz Blues Band, Billy Jones, Macy Gray, Bettye LaVette, Nnenna Freelon, Black Joe Lewis, Calvin Richardson, Leela James, Ledisi, Mighty Sam McClain, and others. And I hope that yall don’t mind when we do choose to focus on such artists?

In the meanwhile, I’ll just take a pass on THE BET KOON SHOW. I hope yall don’t mind?