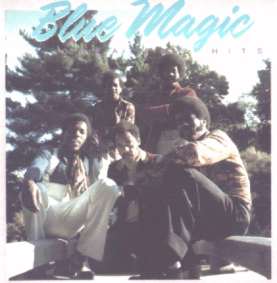 I guess everyone there wanted to be a part of one of the baddest “slow FUNK” groups of all time.

What songs were you diggin on from Blue Magic ? Were any of them associated with any particuliar “moments” that you could share with us ?

So, go find your Blue Magic, take another listen, (they kinda like greens, you know how the taste better the second day) and let the Magic of the Blue take over.

Another “Spell” fan here I see I also dug “What’s Come Over Me”. Blue Magic was a badd group and it’s no surprise that they are from Philly ….since that’s where women “grind” the best.

This thread of conversation has actually inspired me to reach for the CD’s & put some Blue Magic on as I am writting this note.

They really were badd ……remember how they would stop in the middle of a song & actually start “rapping” ??
Im listening to “Stop To Start” right now

ITS THE MAGIC OF THE BLUE…….

….just let the sideshow begin……everybody jump right on in !!

If you listen to this song carefully & listen to “Sex in the Summer” off of AFKAP new jam E*M*A*N*C*I*P*A*T*I*O*N they both have a similar “groove” !!

“Everything old is new again” !!

It was while reading this thread that the similarities between the two songs hit me. I guess the “Artist” digs some badd slow jams himself ?

Listening to the 2 songs I have to agree. AFKAP just digs slow jams as much as we do. Sex in the Summer is a badd jam.

“I’ll only STOP….so I can START all over again”

All I will say is this:

I thought this was surprising since I remember dancing to all of these songs well after 1972. I know that Major Harris had some hits as a solo artist after 72.

But it’s just intresting to me that whenver people talk about these badd slow jams, the ones by the Delphonics are the one’s that get mentioned first. Why do you suppose that is ?
I mean were they really that much better than say Blue Magic or the Stylisics or Black Ivory ?

I remeber all of the Delphonics hits listed!

btw – out of all the Delphonics 45’s you have which are your 3 favorite ones ?

I agree with you completely on this one. The Delphonics were truly badd !!
I always looked forward to one of their records coming on at a party especially: 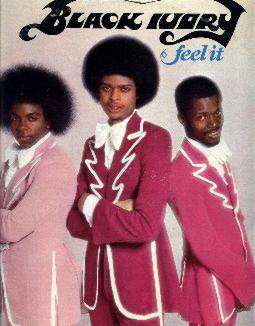 Remember……..”Don’t Turn Around” ?
It was a BIG hit in my neighborhood……….another slammin slow jam !!

Black Ivory in the House.

Well let me hear some:

But really the lead singer of Black Ivory “Leroy Burgess” has a web page that some guy in Europe created for him,I don’t know the URL but it’s very informative.Also does anybody like Aleem they’re slow songs kinda reminds me on Black Ivory but no with the chipmunk sound.

Thanks for the info as far as the web page on Leroy Burgess, I’ll try to remember to take a for it the next time I go surfin. 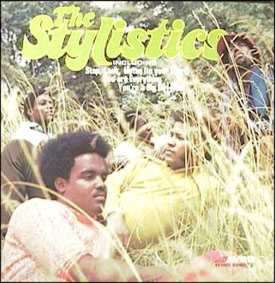 Stop, Look, Listen (To Your Heart)
The Stylistics

You’re alone all time
Does it ever puzzle you, have you asked why
You seem to fall in love, out again
Do you ever really love or just pretend

Why fool yourself
Don’t be afraid to help yourself
It’s never too late, too late to

Though you try, you can’t hide
All the things you really feel, this time decide
That you will open up, let it in
There’s no shame in sharing love you keep within

So jump on in
Head over heels, and fall right in
It’s never too late too late to