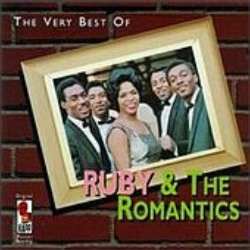 OUR DAY WILL COME LP

This was one of my favorites, can you tell?