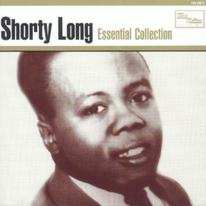 Stevie Wonder played the harmonica (which Shorty also played) at his burial (placing it on his casket afterwards). Shorty played many instruments including piano, organ, drums, and trumpet. He acted as an MC during his Motown days at many of the Motortown Revues and tours. He also co-wrote some of his tunes (“Devil With The Blue Dress,” “Function At The Junction,” and “Here Comes The Judge.”). Marvin Gaye, in the book Divided Soul, described Shorty as “this beautiful cat who had two hits, and then got ignored by Motown.” Marvin claimed he “fought for guys like Shorty” while at Motown, since no one ever pushed for these artists. When Holland-Dozier-Holland came to Marvin with a tune, he stated, “Why are you going to produce me? Why don’t you produce Shorty Long?”

He was a talented, and yet, underrated legend in Soul/R&B music; Motown should consider releasing a “Best Of” CD. There are countless recordings by Shorty that exist in the Motown vaults that never saw the light of day…

Function At The Junction
by: Eddie Holland & Shorty Long

We got Ling Ting Tong from China
Long Tall Sally from Carolina
We got 007, the private eye,
And he’s bringin’ all the guys from “I Spy”

Come one, come all, we gonna have a ball
down at the function at the junction
And baby you’d better come on right now

We serving egg foo yung and barbecue
having chicken dumplings and kidney stew
having heap big fun till the break of dawn
gonna shake a tailfeather shoot, it’s gonna be a run

Hold a shotgun on the rooster, and dare him to crow
how could anybody sleep when they could get out on the floor

Oh the soul brothers, Jitterbugs
Hip cats and fancy hats and
Pretty girls with pretty smiles
All decked out in the latest styles
and Farmer Jim and Guitar Slim and
Betty Boop and ooo-boop-e-doop
and Mohair Sam from Alabam
and Minnesota Fats from Hobo Flats
Breath-takin’ Hip-shakin’ give it now
Talkin’ bout some fascinatin’ demonstratin’

I just recently purchase this CD on one Motown’s most forgotten artist, Shorty Long. The CD is entitled “Shorty Long Essential Collection”. This is definitely a must for you record collecting fans out there.

Shorty’s two Motown LP’ s “Here Comes The Judge” and ” The Prime of Shorty Long are very rare and hasn’t been released to the public on CD in 10 yrs. Shorty is a very underated when it comes to the Motown roster of talented stars and I’m proud that the folks at Tamla / Motown label in England feel deeply enough to not let the true soul fans here and abroad forget the legacy of this man and his music.

Shorty Long was born Frederick Long in Birmingham, Alabama and nicknamed himself “Shorty” because he only stood about 5ft tall. He taught himself the piano at an early age and though high school and also the Birmingham Baptist Chapel and he studied under musician Alvin Robinson who later in 1964 had a hit of old Chris Kenner song “Something You Got”.
He signed with the Tri Phi label in 1962 and recorded one single “I’ll Be Here” b/w “Bad Willie. Motown later bought the label in 1963 and Shorty had recorded the first single on Berry Gordy’s new Soul label in 1964 with “Devil With The Blue Dress On”. 2 yrs later he recorded the now classic Function At The Junction” which was a flop in 1966. A new line dance was formed in Chicago during that summer and the re-entered the R&B charts with the help of radio airplay around the country. Shorty didn’t gain fame until the summer of 1968 with his version of a Pigmeat Markham comedy routine by the legendary comedian called “Here Comes The Judge”. The song hit top ten in both the R&B and the pop charts. Shorty’s life ended accidently on a boating trip in 1969.

The CD contains such hits as “Devil With The Blue Dress On”, Night Fo’ Last, Function At The Junction, Here Comes The Judge, Don’t Mess With My Weekend , and Here Comes Fat Albert (taken of course from comedian Bill Cosby’s comedy routine about his childhood friend) and I Had A Dream. Those songs I recommend that you take heed of of as well.
The rest of the 12 songs show Shorty’s versatility in music and how gifted he was as a musician. Shorty’s short live career was ended by a freak accident but the gift he left us with his music will as William Shakespeare quoted, will forever play on.