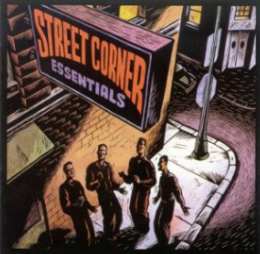 One of the things that I typically do at this time of the years is begin to start thinking about what are the best newly released CD’s of the year.
(well, this is going to be one of them for the year 2001!)

It is often said that people tend to like the music that they grew up with the best.
For me personally, that would be the music of the 20 year time span of 1960 – 1980. That is the music that I have some first hand recollection of and can trace significant “life events” to. 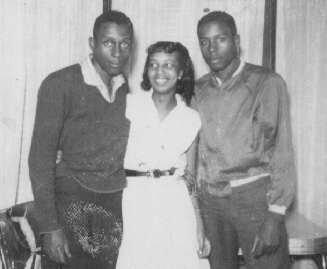 My parents were teenagers in the 1950’s and grew up hanging out on Brooklyn street corners and project stairwells, doing the things that ghetto teenagers did at that time.
My own lifelong quest to understand the music/culture that my parents grew up in, parallels the lifelong quest to understand my parents.
I do this for selfish reasons because ultimately, gaining a deeper understanding of my parents will lead me to gaining a deeper understanding of myself.

One of the questions that I often get via email from people who visit our severely underdeveloped (one of my objectives for 2002 is to seriously upgrade that site with material that ONLY Soul-Patrol could provide) DOO WOP web page that Soul-Patrol has at:
Link for DOO WOP ON THE SOUL-PATROL

is… “What the hell is THIS doing here, I thought that you guys were about classic soul/funk.”

To me the answer to that question is obvious.
For me one of the BEST moments in hanging out at the recent R&B Foundation Pioneer Awards was standing and talking with the LEGENDARY HARLEM DOO WOPPERS: THE HARPTONES and then looking just a few feet away and seeing FUNK MUSIC SUPERSTAR: LARRY GRAHAM and thinking to myself.

“If I could just pull these folks just a little closer together and have them sing accapella (along with associated finger snaps/hand claps, etc.)

And now that you have indulged my ramblings, more on this fabulous CD package from our friends at HIP-O records.

A few days ago I talked about the “genre” CD compilation series from HIP-O entitled:
“THE ESSENTIAL SERIES”
At that time I referred to this series as CONCEPT ALBUMS”
The CD release called STREET CORNER ESSENTIALS IS QUITE SIMPLY THE BADDEST DOO WOP CONCEPT ALBUM I HAVE EVER HEARD!!!!!!

(the bootleggers are going to HATE this one)

DISC ONE – THE HITS

The first CD is comprised of 25 DOO WOP songs that were hits at the time they were released. These are songs that most of us, regardless of our age would recognize, because they are the “staples” of modern day “oldies radio”. Even if we don’t recognize the song titles or the artists, we know the songs as soon as we hear them. As such the first CD represents a group of fundamental songs that are an absolute requirement for the casual fan, who doesn’t currently have ANY DOO WOP music in their collection, but wants to just “dip their big toe into the waters of DOO WOP”

The second CD is where HIP-O turns on the magic.
It is comprised of 25 DOO WOP songs that I have never heard of, mostly by artists that I have never heard of (with just a few exceptions). This CD contains 25 BADD AZZ RARE DOO WOP songs, none of which I have ever heard before! In fact, some of these songs are so rare that they are PREVIOUSLY UNRELEASED. Some of these artists may have only released one 45 and then disappeared or in a few cases we have a famous artist (4 Tops) singing in a style that most of their fans could never have imagined. This second CD is like finding a “lost historical document” (a “rosetta stone” if you will)

So what we are left with in effect are two CD’s which are:

Click here to listen to a Soul-Patrol.Net Radio WORLD PREMIRE of STREET CORNER ESSENTIALS
Featuring RARE DOO WOP like: The Eagles – Tryin’ To Get To You, The Barons – My Baby’s Gone, Four Tops – Woke Up This Morning, Jimmy Castor & The Juniors – I Promise To Remember, The Orbits – Sugar Mama, The Quintones – Ding Dong, Lee Scott & The Windsors – My Gloria, The Ocapellos – The Stars and more!

On Thursday January 17 2002, at 10pm est be sure to join us in the Soul Patrol Chat room when we have an online listening party for this CD, featuring some surprise special guests ans we discuss the CD as well as the continuing legacy of DOO WOP!