“Am I Black Enough For You”

It is with great pleasure that we announce that the indie mockumentary film “Am I Black Enough 4 You?!?!” will be showcased as part of the prominent Black Culture website Soul-Patrol.Com Black History Months Video and Film Series. “Am I Black Enough 4 You?!?!” stars comedian AJ Jamal and actor E. George Perry. The genesis of the story Is a conversation had between friends AJ Jamal and director/writer/producer Kevin Harewood where Jamal mentioned that he was once told that he would never be successful as a comedian In Hollywood because he wasn’t “Black Enough” as he doesn’t use profanity in his act. This set forth a Henry Gatesian quest to figure what defines “Blackness” and then find out “Who is the Blackest Man in America?” 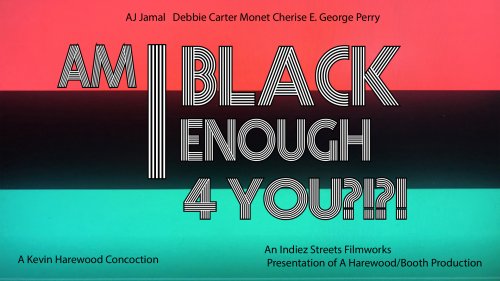 Join us for the panel discussion