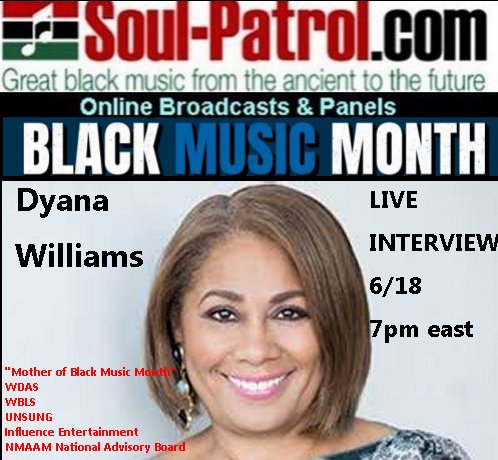 Williams started her professional broadcasting career when she was hired in 1973 by radio boss, Bob “Nighthawk” Terry to join the staff of 96.3 WHUR-FM in Washington D.C.. Her radio handle was Ebony Moonbeams. Two years later, legendary radio icon, Frankie Crocker hired Williams at Inner City Broadcasting’s 107.5 WBLS-FM in her hometown, New York City. In 1978, she became the first African American/Latina woman rock DJ at the ABC FM affiliate, WRQX-FM. Williams made a move to television when she became an arts and culture contributing reporter for P.M. Magazine on the CBS affiliate, WDVM. After moving to Philadelphia in 1980, Williams established a show called “Love on the Menu” for 105.3 WDAS. Williams also did freelance entertainment reporting for Black Entertainment Television, and served as a music consultant for The Soul of VH1 where she interviewed prominent recording artists. Closely associated with “TSOP” (The Sound Of Philadelphia) and Philadelphia’s jazz and soul artists, she produced and narrated The Philadelphia Music Makers in 1990. It aired on the Philadelphia PBS outlet, WHYY. As a writer, Williams has contributed to The Philadelphia Tribune, Billboard Magazine and The Philadelphia New Observer.

Williams on-air at Classix 107.9Williams frequently lectures about African-American music and popular culture to universities, colleges, and music conferences throughout the United States and around the world. Williams has been interviewed by CNN’s Anderson Cooper, Tavis Smiley, and Tom Joyner among others. The recipient of numerous awards and recognition, Williams has received citations from: the Commonwealth of Pennsylvania’s House of Representative: State Senator David P. Richardson, December 9, 1987, a proclamation from Congressman Chaka Fattah, February 11, 2000, a Liberty Bell from Mayor John F. Street, March 18, 2000, City Council City of Philadelphia Citation from Councilman-At-Large, W.Wilson Goode, Jr., November 8, 2003, City of Philadelphia Citation from Mayor John F. Street, May 28, 2003 and was honored with Dyana Williams Day in the City of Philadelphia by Councilwoman Donna Reed Miller and all members of the City Council, November 6, 2008.

The Southeastern Pennsylvania March of Dimes presented Williams with the 2006 Achievement in Radio A.I.R Award for the Best Weekend Show in Philadelphia, November 1, 2006. Dyana has been a frequent on air commentator on the award-winning and highly acclaimed music documentary series, Unsung, on the TV One network.

She also served as co-executive producer of the Teddy Pendergrass Unsung episode. In 2011, News One listed Williams as #7 on the “Top 20 Black Radio Jockeys of All Time” and RadioFacts.com recognized her as #8 on the “Top 30 Black Women in Media.” In 2014, Philadelphia Mayor Michael Nutter, presented a proclamation to Williams for her dedication and effort to augment the Philadelphia slogan: The City of Brotherly Love, adding Sisterly Affection, acknowledging the inclusion of women.

To register for this event please visit the following URL: http://soul-patrol.com/webinars/sps-dyana-williams/ →