Frankie Crocker was an ORIGINAL 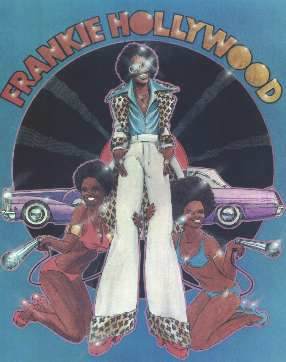 If you grew up in New York City in the mid-60s and throughout the 70s–race unimportant–at some point, at some intersection, at some crossroad, you “connected” with Frankie.

He was the quintessential Black disk jockey; this guy changed the rules and re-wrote the book. Yes, there were many who came before him in other cities and other locales, and in New York City as well. But Frankie was an original; a stream of “continual cool consciousness,” someone the fellas all wished they were, and all the ladies wished they could be with. For a kid, it was if (for me) one kind of “grew up” overnight once you heard Frankie. “Cool” and “hip” were TRULY the thing to be; and he gave us all a reference point.

My first exposure to Frankie was, of course, on WWRL-AM, “The Big 16” in New York City. My older sister, who for a number of years “controlled” the radio when we were growing up, was a WMCA listener (ironically, the station that Frankie would later move to after he made his mark at ‘RL). But one night when we were playing cards in her room, she was listening to this guy who didn’t quite sound like “Dandy” Dan Daniel, Joe O’Brien, or Jack Spector (all MCA jocks)–and he SURE didn’t sound like Cousin Brucie (WABC’s main jock)…as a matter of fact, he was kinda relatin’ in a way that we kids related to one another in the park. He was talking the way that brothers who had “winners” for the court would be talking. I asked her what station was that (this is around 1965, and I was about 9 or 10), and who was the disc jockey. She replied that it was ‘RL, and the jock was Frankie. We played cards for about the remaining two hours of his show (Frankie, I think, had the 7-10 p.m. shift at that time), just listening to this guy…and being thoroughly entertained.

I remember thinking that this guy had “nerve” saying some of the things he said. He wasn’t “profane;” but just projected a hip kind of “arrogance”–and was getting away with it. He was some type of character. He would have all types of various “identifiers,” which was the norm of disk jockeys back in those days. These identifiers would come up at any point in the show: during records, after records, after promos, commercials, you name it. The one I remember most with Frankie during the ‘RL days was this woman’s voice saying, “Do it Frankie; do it to it!” (I can still hear it as clear as a bell to this day; so much so, that if I were to happen across this woman in the street today and heard her speaking to someone, I’d go over and say “YOU’RE THE ONE–YOU DID THAT FRANKIE ‘IDENTIFYER'”–LOL!!!!!!)

Bob, you wrote: “I have no idea what motivated WMCA to hire Frankie Crocker, but it was a BOLD move to make back in the late 1960’s. Their on air staff had been completely lily white and so was their audience. Perhaps they felt that they could increase Black listenership?”

I remember WMCA heavily promoting the fact that Frankie was coming to the station. Around the time Frankie went over there, FM radio was coming to the fore as the “hip” thing to listen to. New York stations like WNEW-FM and WOR-FM were stealing listeners from AM on a daily basis. WMCA wanted to: a) increase its listenership with those inclined to listen to more that the “Top 25” (in other words, switch to FM), and b) at the same time increase its Black listenership, which for years was divided between WLIB and WWRL.

As far as Frankie was concerned, I remember reading various interviews with him in later years that indicated he wanted to: a) raise his profile and widen his audience, and b) play a less restricted format, which WMCA was going to give him the opportunity to do (per his contract). WMCA, of the two major AM pop radio stations in New York ( the other being WABC), was more experimental and actually reflected more of a “New York City personality” (albeit before this point, mainly a white one) than WABC. So the reason for the move was mutually beneficial to both parties.

But the best was yet to come. Sometime in 1971, everything one formerly knew about Black radio went COMPLETELY out the window with the advent of WLIB-AM–which, after a few months, changed its call letters to WBLS. This is where the “Ace Jock” became “THE LEGEND.” He became “Holly-wuddddd!” Frankie, holding down the 4-8 p.m. shift daily, became the “MUST LISTEN” for any Black kid growing up during that time. With the move to ‘LIB-FM/’BLS, Frankie (in one fell swoop):

a) expanded the “typical Black radio station playlist,” and in doing so;
b) expanded the “ears” of the average Black radio listener;
c) brought a new style of “sophistication” and “urbane cool” to the forefront;
d) increased the profile of a number of Black artists, musicians, and producers; and, in a sense, changed the face of Black Music, as he;
e) played not only the “hits,” but album cuts as well–forcing record companies recording Black Music to increase the quality of their product, which;
f) allowed many of these artists to become more experimental and stretch out as artists, as Frankie himself;
g) became THE quintessential program director (PD) that other PDs programming Black radio stations ACROSS THE COUNTRY–AM AND FM STATIONS–took their cues from.

What made Frankie great? Frankie knew how to “work” the mike. It wasn’t only his patter and charisma; but it was also that he could paint great visual pictures. I remember in his very last stint with WBLS in the 90s, Frankie had this thing he did (with a female guest) where he would “take a bath” with a lady–complete with the sounds of running, dripping, and splashing water, wringing washcloths–the works!!!! It was SO DAMNED REAL!!!!! And funny, too!!!! And it was REALLY great when he had a female on who REALLY played “the role” great!!!! It was EXCELLENT RADIO…something which up to that time had become a lost art.

And, aside from that particular schtick, we who listened then really had the feeling of having grown up and “matured” with Frankie by that time.
He became your next door neighbor; your “ace” from “back-in-da-day” who you grew up with, now went to church with, and remained close to.
Frankie’s patter became more about the family, God, and a positive lifestyle (Frankie became a minister in the last year of his life, I understand).

It has been said about others, but in Frankie’s case this truly applies:
Frankie Crocker was an ORIGINAL. An absolutely wonderful experience that I’m glad happened in my lifetime.