Lee Atwater and the Destruction of Black Music

Commentary – Memo From The Grave of Lee Atwater: “When In Doubt Always Employ Race Baiting, It’s a Winning Strategy” 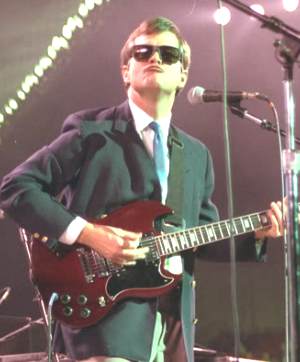 Who in the hell is Lee Atwater?

(and why am I wasting time writing about him, instead of an album review?)

Well Lee Atwater is an “old family friend” of the Soul-Patrol.com website. In fact the very first award that we ever got was because of Lee Atwater.

Back in 1997 I wrote an essay entitled:
“Lee Atwater and the Destruction of Black Music”
http://www.soul-patrol.com/funk/lee_at.htm

In 1998 Yahoo Internet Magazine (at that time a print publication) named Soul-Patrol.com as the Best Soul/R&B website on the entire internet. As a part of doing so, they also wrote a detailed review of the website where they sited Soul-Patrol.com as being a place that explored music on a much deeper level than just track listings, discographies, artist biographies, etc. And they said that essays like “Lee Atwater and the Destruction of Black Music,” were a big part of the reason why it was a required destination for music fans who wanted to know more than simply chart information or record industry propaganda. And of course, today we still continue along that same path (much to the displeasure of some of you) 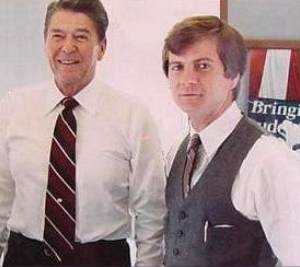 Lee Atwater was a person who was extremely knowledgeable about Black culture, in fact he was not only a big fan of Black culture, he was even a Blues musician. Some of you may even remember Lee Atwater playing the guitar alongside BB King, back in 1980’s. He was able to use his knowledge of Black culture to refine the “southern strategy” into the science that propelled the winning elections of Ronald Reagan and George HW Bush in 1980, 1984 & 1988. Using his knowledge of Black culture, Lee Atwater developed the brilliant “Welfare Queen,” “Willie Horton,” and other ad’s that scared the hell out of white voters. Lee Atwater passed away in the early 1990’s. On his deathbed he is said to have asked Black Americans for their forgiveness in using them as a “pawn” to attract white voters to the candidates that had hired him.

As you might well imagine, that essay I wrote about Lee Atwater over a decade ago has generated a whole lot of feedback over the years. I have gotten email from the KKK to Lee Atwater’s children about that essay. Of course if you read the essay (it’s still in it’s raw form, written in a burst of energy at 3am with lots of typos & mis-spellings,) you will see that I am in firm agreement with Nelson George and his book; “The Death of R&B.” In the book, Nelson George says, that “R&B ended around 1980.” I go one step further and suggest that the fact that R&B ended was no accident and for that we have Lee Atwater to thank.

The whole point of using “race baiting” tactics in politics, isn’t really to hurt Black folks. The point is to scare the hell out of white folks, into voting differently. You scare them by suggesting that anytime Black folks make any sort of advancement, the only way that can occur, is at the expense of white folks. Race baiting is a political strategy that is used all of the time, across the United States in all sorts of elections. It’s usually most effective whenever Black folks are advancing and start to get a little bit too comfortable with their success. It’s even more effective during challenging economic periods.

–Today in 2010 Black America is still celebrating the historic election of Barrack Obama as President.
–What type of an economic climate are we in today?
–What does history tell us is a winning type of electoral strategy this climate ripe for? 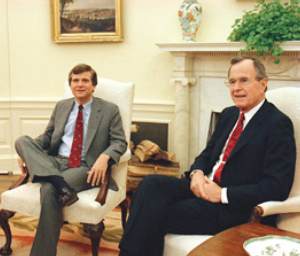 I am certainly no fan of Obama’s policies to this point. He had a chance for greatness, but he seems to squandered it at this point. He has caved in so much to the right wing maddness on key policy matters, that could have actually resulted in a positive transformation (health care, energy, economy, etc.) he might as well switch parties IMHO. However I would hate to see him get “race baited” out of office, and unfortunately that is what he is allowing to happen. Every time these wingnuts and teabaggers attack someone who is Black and associated in some way with Obama, the reaction of Obama is to “throw that Black person under the bus.” Does that sound like a good way to be a successful President? IMHO if he doesn’t want to start acting like he is the President, he might as well just resign and let Joe Biden have the job, Hell at least we know that Biden’s got a set of balls 🙂

Obama either needs to grow a set of balls, or perhaps borrow Biden’s. He needs to stop caving in to the right wing, drop the whole Jackie Robinson routine (“I’m not allowed to fight back”) and start acting like a leader. This country has far too many major problems that need to be fixed. That is what he was elected to do. Even if his second term is not meant to be, he needs to go down fighting. Instead anytime someone even mentions the word “race,” Obama freezes!

Despite his passing, the legacy of Lee Atwater continues to this day. We can see his continuing legacy in the work the men that Lee Atwater trained, such as Karl Rove, Roger Ailes and others, who have in turn trained others. As we can see from the headlines over the past year or so, the very same strategy that was perfected by Lee Atwater continues to be a winning strategy here in 2010. For example, this morning as they drink their coffee millions of white Americans are being forced to watch a very articulate Black woman named Shirley Sherrod discussing how she was thrown under the bus, by President Obama, then proceed to discuss the whole race issue in modern day America, while the mass media says that we need to have a “national discussion about race.” Meanwhile the 17 million unemployed people are watching and saying, “we don’t need a national discussion about race; “we need to have a President who will be focused on getting me a damn job, how soon can we get rid of this idiot and get a white man in there who will get me a damn job?” It’s ‘race baiting’ at it’s most subtle & effective.

In the end, Lee Atwater said that he was sorry for what he had done. For that I will always admire him. He realized that sometimes winning isn’t worth the price that you have to pay. I think that if Lee Atwater is paying attention to the current US landscape, that he is even more ashamed of himself, then he was on his deathbed.

However I think that Black folks should be ashamed of themselves for allowing themselves to be used by Atwater as pawns in his game.

It will be interesting to see if Black Americans in 2010 will allow history to repeat itself?

“Lee Atwater and the Destruction of Black Music”
http://www.soul-patrol.com/funk/lee_at.htm